Introducing Domanine Ostertag Muenchberg Riesling 2017, in a Magnum format (1.5l) that is exclusive to Les Amis and available in limited quantities. André Ostertag is arguably Alsace’s most famous and well-respected winemaker who has been touted as “revolutionary”. He is a pioneer of innovation, constantly pushing the appellation's boundaries to coax the ultimate expression of terroir. A fairly young domaine, which began life in the 1960s, the vineyard compromises of 13 hectares, split among 75 plots in five villages. Like the revolutionary he is, Ostertag looks for the nuance of terroir rather than the typicity of a grape varietal. Straying away from official classifications in place by the A.O.C, Ostertag created his own categories – Vin de Pierre (reflecting the terroir from which they originate) and Vin de Temps (relying on time and weather to encourage the development of botrytis). With only a finite production each year, this delightful gem has developed a strong following throughout the years. Now served by the glass at Les Amis, all our guests may have a taste of this biodynamic beauty, which compliments the seafood on the menu this summer. @domaineostertag 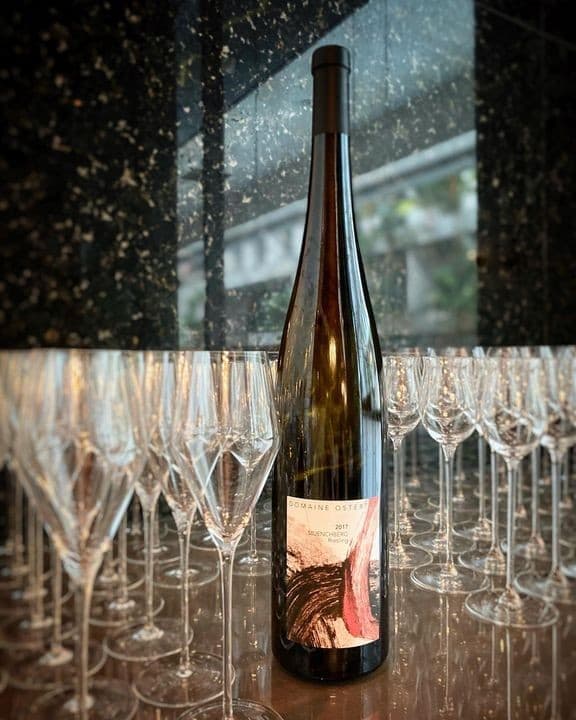